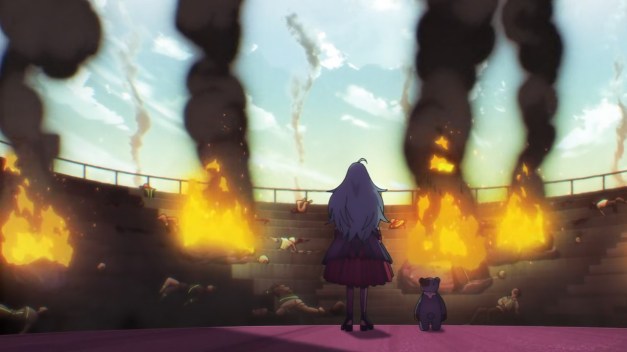 A robot idol fights to save humanity, no matter how many of her fellow robots she has to throw under the bus in the process.

I actually quite liked the first two episodes of Vivy. An android singer who has to become a commando? That’s a novel idea. It had good action, and I enjoyed the dialogue between Vivy and Matsumoto as each was irritated by the others’ behavior. The hook was pretty decent as well: Some day in the far future, robots will suddenly go mad and start murdering people, and Matsumoto is a robot who was sent back in time to stop it, having to enlist Vivy’s help in the process.

But the plot started to get confusing very quickly. Vivy (the anime) seemed to have a specific story it wanted to tell, and everything that wasn’t directly in service of that story received little attention. How is Vivy (the character) supposed to prevent the looming catastrophe? Matsumoto has a plan, and it involves changing key events in history related to AI development. The logic seems to be: if we stop AIs from getting too advanced, they won’t rise up and destroy mankind. 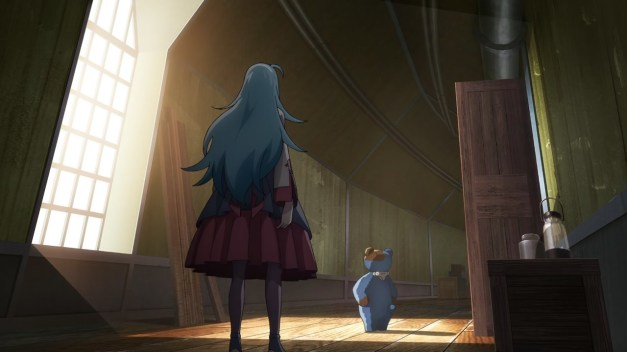 I say ‘seems’ because the story is never very clear about it. And this leads straight into one of the (many) big problems with Vivy. The setting is so poorly established, it’s like zero editors were involved in the writing process. At the beginning of the show, Vivy is the only fully autonomous robot in the world, and all other robots we see look like crash test dummies. Since the AI insurrection happens 100 years in the future, we follow Vivy over the course of a century, with multiple time skips. You would expect to see massive changes in society and AI techology over that period. Instead, there’s nothing. After the first skip of 15 years, Vivy-type androids are now commonplace. And that’s it. That’s all we get. Virtually nothing changes over the next 85 years. Robots don’t get noticeably more advanced, their status doesn’t change, neither does humanity. Or at least, that’s what we’re being shown. What we’re told is another matter. The show regularly mentions conflicts between robots and humans, anti-AI demonstrations, and the sort. But all of this happens off-screen despite being a key factor in the main plot. All we get is an anti-AI terrorist group that keeps crossing Vivy’s path, but they have little depth beyond being opposed to AIs. And even this group remains almost exactly the same for a hundred years. The presence of these terrorists tells us nothing about the wider society Vivy takes place in, how AIs fit into that society, how people experience living together with robots. Hell, in the second last episode the archive AI explains that humans have become too dependent on robots and we just have to take their word for it. It’s never shown!

And the reason it fails to properly establish its setting is because the scope of the story is extremely narrow. Sure it spans a century and Vivy visits many different places, but they’re mostly just set pieces. My impression is that, even by the end, Vivy knows very little about the outside world. Which would be perfectly fine if that either didn’t matter for the story, or got addressed at some point. But since neither is the case, we’re forced to watch a robot idol talk to another robot idol at a robot idol festival and explain that this is an Important Event because of human/robot tensions that were taking place off screen. 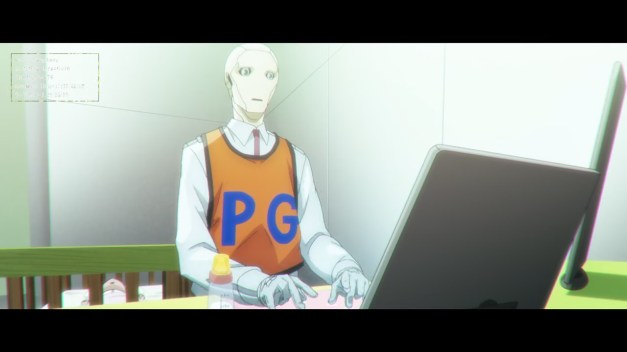 The first episode opens with some exposition on AI development, showing how early robots were incapable of handling multiple tasks, and so they were all given a singular ‘Mission’ to focus on. I actually thought this sequence was well done, even if you shouldn’t think too much about how much sense it makes from a technical perspective. But it’s a decent premise, one you could then explore the consequences of. And it does. Kinda. We see many examples of robots doing things that aren’t strictly part of their Mission, and retroactively justifying their actions in a very humanlike way. Vivy’s Mission is to make people happy with her singing, and she agrees to save humanity by reasoning that if they go extinct, she can’t make them happy anymore. In general, the robots in Vivy act much more like humans than it seems to believe. Which is a problem, because the robots are essentially slaves.

There’s many examples of robot mistreatment. When Vivy is no longer capable of singing, she’s put away in a museum. The first robot to agree to marry a human is forcibly taken away and has her memory wiped. Another robot is used for an experiment and thrown away when it fails. These are pretty horrible things to do to sentient beings, but the show never acknowledges that. It considers them tragedies, yes, but it’s only ever concerned with the victims of those tragedies, not what caused them. The humans are never portrayed as the bad guys, even when they’ve created an entire underclass of disposable servants. Meanwhile, Vivy is told to sabotage AI development in order to prevent the future war, and she never stops to ask if she’s doing the right thing. In fact, her very first mission is to save a councilman to stop an AI rights law from passing. She also has no qualms about brutally killing other robots while trying her best to save any humans. The only saving grace is that, thanks to the poor writing, it’s hard to tell exactly what the characters are trying to accomplish in the long run, because it would’ve probably involved making sure that robots stay obedient and don’t get too uppity. And yes, of course, Vivy would think that way because she’s programmed to. But even externally to the character, the story never questions that view. It’s just completely ignored. 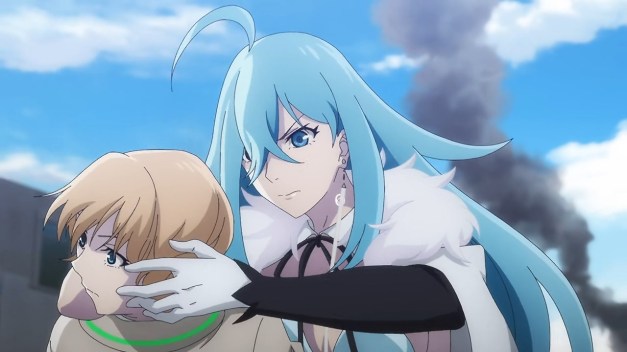 But the beauty of Vivy is that we don’t have to worry about the consequences of their actions, because there aren’t any! For example, one of the biggest disasters in the original timeline is when a robot is believed to have crashed a space hotel onto earth, killing who knows how many. Not surprisingly this led to a major anti-AI backlash. But thanks to Vivy’s efforts, a robot instead sacrifices her life to save everyone else. You’d expect that to have huge consequences, but there are seemingly none. All that changes is that the next item on their checklist happens slightly earlier. This makes no sense at all, but the main characters are unperturbed. They just briefly go “huh” and continue their mission. Were they expecting this to happen? Surely not, because the whole point of their efforts is to change the future. But if the future was supposed to change, their initial task list would’ve been invalidated the first time they changed anything. One of their later missions is to prevent the first ever robot suicide, and somehow this was still going to happen in the same way at the same time despite how much of a mess of the timeline they’d made. All these issues made it hard to understand what exactly the story was going for. For a long time I suspected Matsumoto was hiding something because the things he was saying didn’t add up, but that was never actually the case. It was just bad writing.

And yes, there is kind of a plot twist. It turns out that the Archive AI that would later cause all robots to go berserk was also monitoring Vivy all this time, and making adjustments to avoid any changes to the timeline. How can it accurately predict everything 100 years into the future and also know how to counteract any efforts to change it by people with knowledge of said future? it just can, okay. It’s really smart. Just take our word for it, you don’t have to actually see any of it. The only glimpse we got of the Archive’s actions were when it apparently contacted the leader of the terrorist group and convinced him to turn himself into a robot so that four decades later he could confront Vivy and sort of get in her way just enough but without actually killing her. And it knew that doing all that would have no unforeseen consequences of its own, even though it required technology that was unknown at the time. Handwaving does not even begin to describe it. 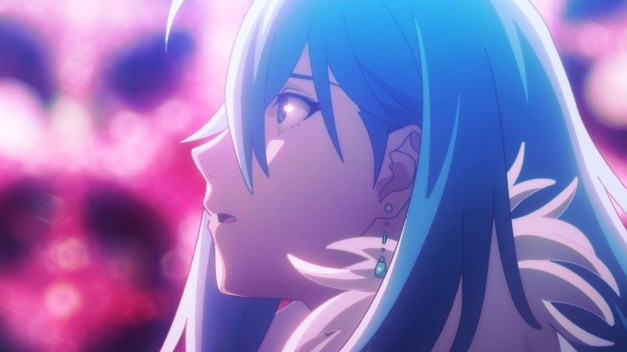 So if the Archive knew what Vivy was doing all along, why didn’t it just stop her? Well, turns out the Archive couldn’t make up its mind on whether or not to kill all humans, so it wanted to let Vivy decide, because she’s the only robot to have ever shown a spark of creativy when she composed a song of her own. Or rather, this is what the show tells you. There’s a long list of things other robots in Vivy do that display a sense of humanity, but it really wants you to think Vivy is special, because she’s the main character. Also, for some reason the Archive only told her about this after the robots had already started killing people, so there was no way to completely prevent the damage. Unless they could time travel. Which they can, and do. But even though Matsumoto originally went back 100 years, this time they decide the best time is right after the killing started. So they get a redo, but thousands of people still die. Vivy sings her special song, and all robots shut down, their souls scattering to the winds. And that’s it. That’s the big ending to the show where almost all major characters were robots: a robot doing a robot genocide. And even if that’s not the intended reading (and I don’t see how it couldn’t be), robots still went haywire across the globe and caused tons of casualties. All hope for emancipation is lost, and any surviving AIs would be lucky if they didn’t get hunted down by angry mobs.

But hey, look at the bright side! Vivy is still alive! Except that she has seemingly lost all memories and personality. Just a shell of her former self. Why? I have no idea. As far as I could tell, it wasn’t foreshadowed, and it serves no purpose except to punish the robot characters even more. Vivy had been living for a century, so even having her die as a final sacrifice would’ve been way better than this. It leaves me wondering what Vivy was trying to say. The message is muddled if you treat it as anything more than the most surface level “Wow, Vivy experiences things and learns to sing from the heart!!”. The story wants you to care about its robot characters, but not about the fact that they are, for all intents and purposes, human, except without human rights. As far as I’m concerned, the viewpoint of the story is that “it’s better this way”, that robot matter less than humans, that they’re disposable, and that it’s good, actually, that all the robots got destroyed. 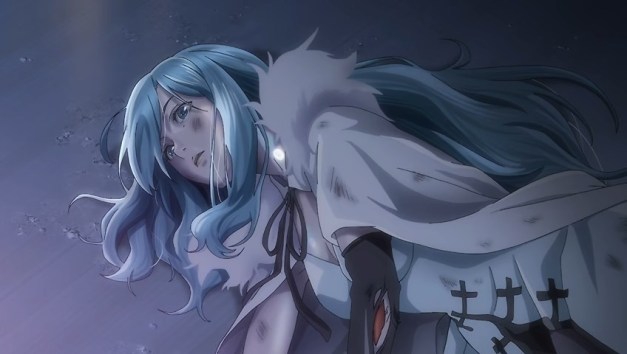 Maybe if the show had been more entertaining, I wouldn’t have been sitting there wondering about the implications of robot slavery. But after the first arc, the nonsense piled up too high to ignore, and no matter how well-animated the action scenes are, it doesn’t matter if they’re not in service of anything good. While the dialogue was pretty good at times, in terms of the overall story, Vivy is one of the worst written animes I’ve seen recently.