Posted by animewarcrimetribunal on June 10, 2020
Posted in: Rewatch. Leave a comment

All three shows improved somewhat compared to last update, but not by a whole lot. 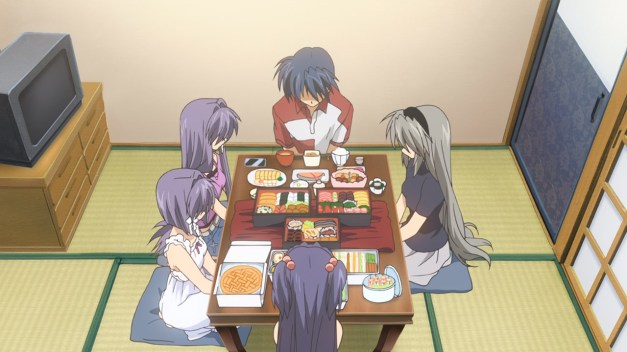 Thank god the Forced Harem Section of the show is over. I wonder if the VN arcs are more romance-focused and this is just an artifact of the adaptation, but it’s weird, and annoying. Nagisa’s out of the picture for an episode or two and suddenly we get scenes like “all the girls show up at Tomoya’s place with food and they all insist he eat their food!” like a shitty harem comedy. But by the end of episode 18 they finally realize they don’t stand a chance against Nagisa so that should be the end of it.

Oh yeah and Tomoya ends up locked in a shed together with Kyou, in what has to be some of the most forced writing I’ve ever seen. Earlier in the episode another girl had Tomoya recite an incantation that, you guessed it, would curse him to get trapped in a shed with someone else. What a conveniently specific curse. And in order to break this curse, he has to strip from the waist up. I’m sure you can imagine what hilarious misunderstandings this leads to. 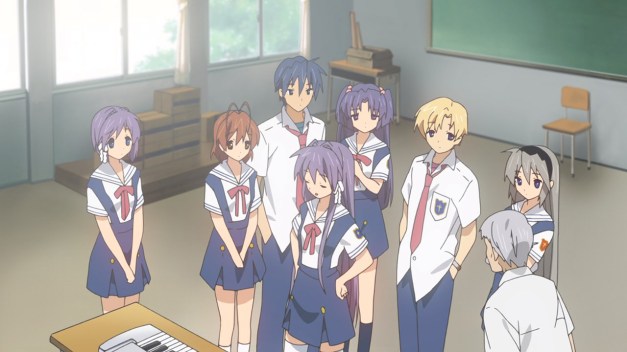 The theater club is finally established, but it took some questionable plot developments to get there. Previously, two groups were vying for the same club advisor, and winning a basketball game was supposed to change their minds. Well, it sort of did, and the two agree to share the advisor. Hold on, that was an option all along? Why did we need an entire episode worth of drama then? Why did no one suggest this in the first place? Sure it turns out the Evil Student Council says no, but it still means they hadn’t even tried.

To overrule the student council, all they have to do is get Tomoyo elected as new president. This takes little more than having her beat all the sports clubs at their own game in order to gain popularity. And yes, that’s another plot device that got recycled in the span of a few episodes. Even if Tomoyo has a sad (and also stupid) backstory behind wanting to be student council president, I can hardly count this as a character arc. I wonder if her VN route is the same thing, just more drawn out. 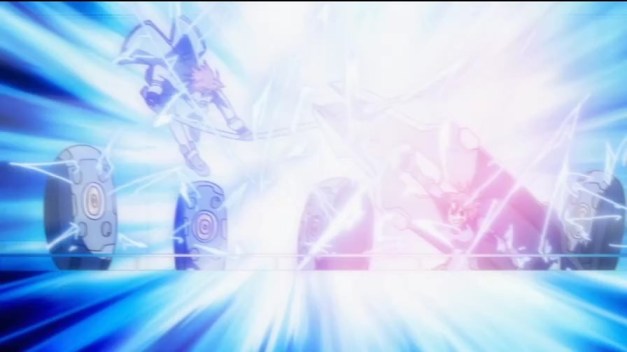 The big battle happened, and… there are entirely too many Numbers. I still couldn’t describe half of them. As a result, what is supposed to be a huge epic clash turns into a series of “Oh, Fate has to fight… whoever that is”. There’s some decent moments in there and it’s probably the best episode of the series so far, but that’s not saying a whole lot. 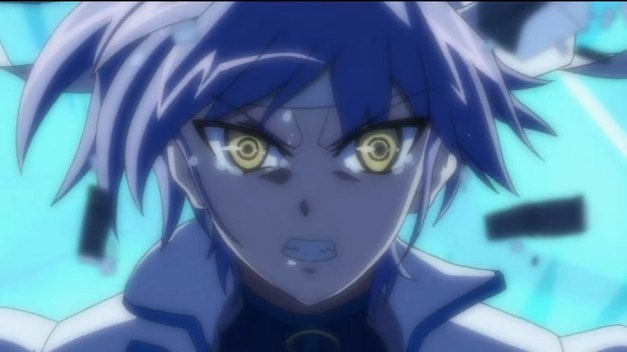 This is Subaru’s big moment. Well, sort of. She finds her sister all beaten up by the Numbers and goes berserk. It’s actually kind of cool, which is a rarity for anything in StrikerS. Unfortunately, it accomplishes absolutely nothing. She does take down two of the Numbers, but all of them escape along with Ginga. Would it really have hurt to let her permanently take out at least one of these utterly forgettable cyborgs.

Speaking of which, Subaru is a cyborg too. In an incredible plot twist, it turns out that everyone already knew this, except the viewer. 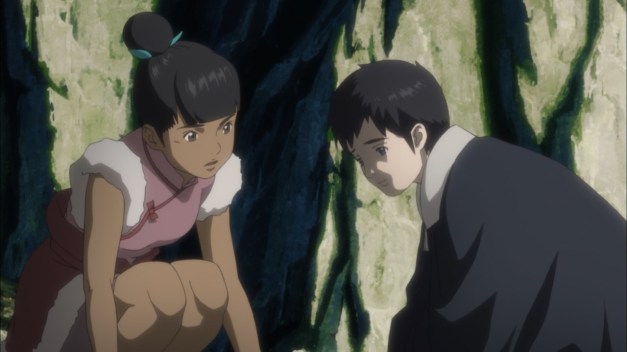 There’s not a lot to talk about with Moribito. That doesn’t mean it’s boring (it’s the only one show I’m actually enjoying), just that it’s not doing anything unexpected or worth mentioning. They reach a village where people still live in a traditional way, and a girl there remembers stories her great-grandmother told her about the water spirit. There’s a little bit of new information here, but the main thing is that Chagum himself finally finds out that, according to the legends, he’s doomed to die. He’s understandably upset that they were hiding this from him, and tries to run away back to the palace.

But you can’t escape spear-mom.